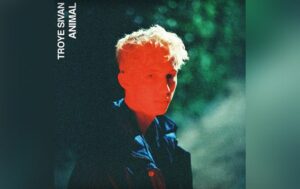 Australian singer-songwriter, actor, and YouTuber; Troye Sivan Mellet is blowing up. He was born in South Africa. His first single, “Happy Little Pill”, rose to 10 on Australian 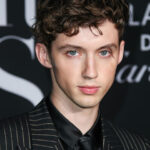 music charts. Later in 2015, he dropped his fourth EP “Wild” and his debut studio album “Blue Neighbourhood”. The first single off this album “Youth” was his first to reach the top 40 of the Billboard Hot 100 chart, charting at number 23 at its highest point. In 2017, Troye collaborated with EDM producer Martin Garrix to produce the song “There for You”.

Sivan was nominated in 2018, for Best Original Song for his work “Revelation” that was used in the film Boy Erased. He also issued the single “My My My!,” that year which went platinum in Australia and entered the U.S. Top 100. The singles “Bloom” and the Ariana Grande colllab “Dance to This” followed. These tracks were included on his second album, Bloom, which arrived that summer.

Later in 2018 he reached 23 in Australia, and number 4 on the Billboard 200 chart with the single, “My My My!”. This was Sivan’s 2nd number-one single on the Billboard Dance Club Songs chart. later dropping “Take Yourself Home” which was the first from his EP “In a Dream” (2020).

His personality has enabled his to capture quite a following as a YouTube personality. Sivan uploads videos about his life regularly and by 2019, he reached over 7M subscribers and over 1.2 billion total views.

Sivan As is also an actor, tacking the role of the younger Wolverine in X-Men Origins: Wolverine (2009). His video “The ‘Boyfriend’ Tag”, with fellow vlogger Tyler Oakley, earned them a Teen Choice Award in the “Choice Web Collaboration” category. In 2014, Time named Sivan as one of the “25 Most Influential Teens of 2014”. In 2018, he received a Golden Globe nomination for Best Original Song for “Revelation”, from the film Boy Erased, in which he also had a supporting acting role.