The transmedia storytelling project, TechnoMECCA: The Detroit Sound Project, was started to explore the history of people of blacks in electronic music. This non-fiction narrative film series was started to focus on Detroit and how it’s party club scene and dance music culture in the late 80′s catalyzed the development of Techno and electronic dance music (EDM) around the world. 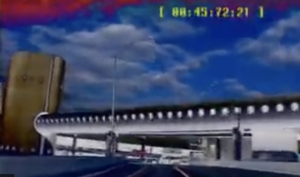 Detroit is Techno’s “Mecca”, and the Detroit Sound Project, started as a trip where David Grandison Jr took a film crew back to his hometown to attend the first Detroit Electronic Music Festival (DEMF) in 2000 to explore the artists who created the sound, and the artists that keep it alive. Our goal was to analyze the cultural events that caused Techno to develop in Detroit and spread worldwide. The team expanded to include other filmmaker collaborators like Jennifer Washington and Kristian Hill of Washington-Hill Productions who were also interviewing Detroit artists and telling the story of Detroit Techno. Together the team has tracked the influence of the DEMF festival and Detroit Techno to locations around the world like Cape Town. The Detroit Sound Project team documented this festival and the visit of Richie Hawtin to headline the Cape Town Electronic Music Festival (CTEMF) in the short film Electric Roots. This film went on to premiere at the Cannes Film Festival. Over time the yearly music festival evolved from being called the DEMF to being named the Movement Festival and the organizers changed, but the dedication to providing a platform for the art form Detroit Techno has remained the same.

The Music Origins Project collaborates with the Detroit Sound Project team by documenting many of the locations important to understanding the context of the film using VR Streetview maps to show locations in Detroit that are important to the growth of Techno. The film God Said Give Em’ Drum Machines discussed locations from clubs like Music Institute, to labels like KMS, MetroPlex and Transmat, Submerge, to the places where the parties took place like the Packard Plant, as well as other global locations that have became the backdrop of the film like Tokyo. The Music Origins Project also focuses on telling the stories of historic locations that are important to Detroit Techno’s origins in Detroit like Record Time where DJ/Producers like Mike Huckaby (RIP) shared the sound with the world and the  Archer Record Press where the albums, EP’s and white labels that feed DJ’s around the world were made. This Project provides context to the time period, socioeconomic, and cultural changes documented in the film using tools like the Detroit Techno Timeline.  You can view the trailers created for the films and watch the shorts that highlight people important to the scene below.

The first trailer for the project features interviews with Kai Alce, Reggie Doaks, Jeff Mills, Derrick May, Keith Worthy and A Guy Called Gerald (edited by David Grandison and Wen-Ting Yang). Most of the interviews were shot at the inaugural DEMF in Detroit but the interview with Jeff Mills was shot by David and his team at the Keybar in New York. The project has evolved over time and we have joined forces with editors like Scott Chennault and the team at Washington Hill Pictures for the production of other short films in the Detroit Sound Project series like Electric Roots. The latest iteration of the project is called God Said Give Em Drum Machines and you can learn more about the Film God Said Give Em Drum Machines here.

Here is a short teaser for the project that shows clips of many of the interviews that were shot at the Movement festival 2012.

In this short the legendary Eddie Fowlks discusses the history of his version of Detroit Techno and his relationship to the development of the scene (Edited by Kristian Hill).

Special thanks to the crew members who helped with these early TechnoMecca shoots: Andre Holmes, Huerta Neals Johnson, Karriem Holman, Wen-Ting Yang to name a few.