Did you know Juan Atkins an Afro American Producer/DJ from Detroit originated the genera “Techno” way back in 1981?

Juan Atkins is known in the Detroit underground scene as the “Originator” of Techno and is even responsible for coining the term. Very few people in the US, or even Detroit, actually know the term “Techno” was coined by Juan Atkins a DJ/producer who used it to describe this form of music as a youth growing up in Detroit. The musical genera he defined was a blend of Funk, Chicago House music, NY Disco, German Synth-pop, Italio Disco, Motown, Jazz, and Soul that was being played in Detroit’s underground party scene in the 80’s. 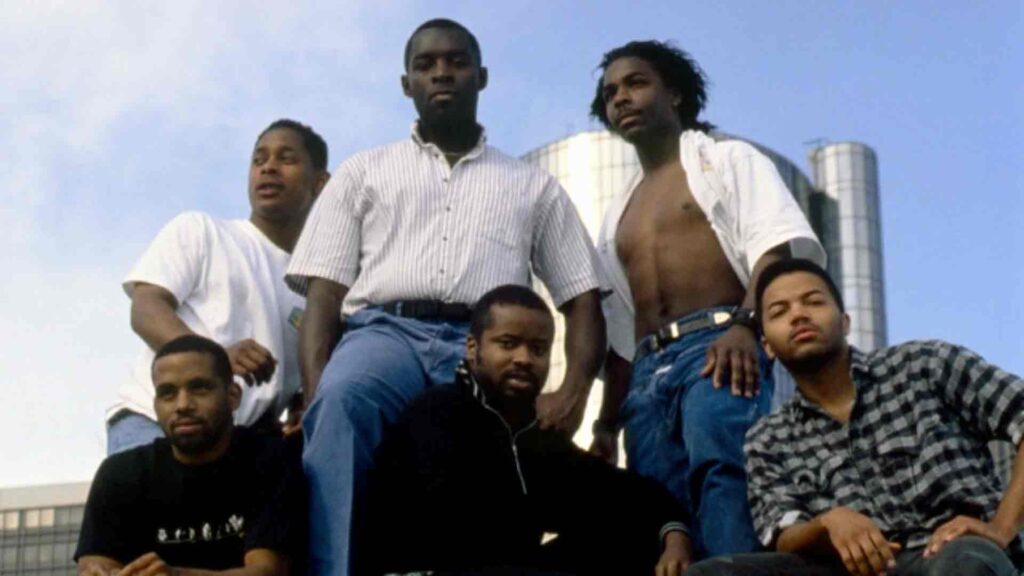 This image shot by Norman “Normski” Anderson shows many of the originators of Detroit Techno at the beginning of their careers in the music industry. Detroit Techno music organically grew out of the rich musical soil that spawned the Motown dynasty and P-Funk but it experienced an infusion of technology in the 80’s which changed the way the world listened to music. While robots were replacing the jobs of their parents who worked in the automotive industry, the teens in Detroit embraced synthesizers and the electronic rhythmic innovations of the drum machine creating Techno music.

Electronic music lovers from around the world have respected Detroit as the birthplace of Techno and Electronica for years. But the part Detroit’s Afro-American producers played in the history of Techno, Electro, and electronic dance music in general, has been largely been overlooked by the mainstream media in the US. Its development has largely been relegated to the European artists who dominate and capitalize on the scene currently.

He was the first artist to use the term on a music track when he released the track on “Techno City” on his independent label Metroplex (distributed by Submerge).

Juan Atkins led the way in developing Electronic Dance Music (EDM) by making futuristic dance records in the early 80’s and he soon helped his friends to do the same.  A new underground dance music scene emerged in Detroit as this group of DJs transitioned into becoming full-fledged producers and owners of the label Metroplex.  It would soon become one of the most popular forms of music overseas and it grew to become known as EDM (electronic dance music) the rest was history.   Yet popular culture has no idea about his contributions to dance music or about the many mainstream hits he was responsible for like Missy Elliot’s “Lose Control” and Nicky Minaj’s “Anaconda”. You can learn more on from his history and the scene that gave birth to the genera in the film God Said Give Em Drum Machines..

Here is a poster we have created to highlight his place in Techno and EDM music history: 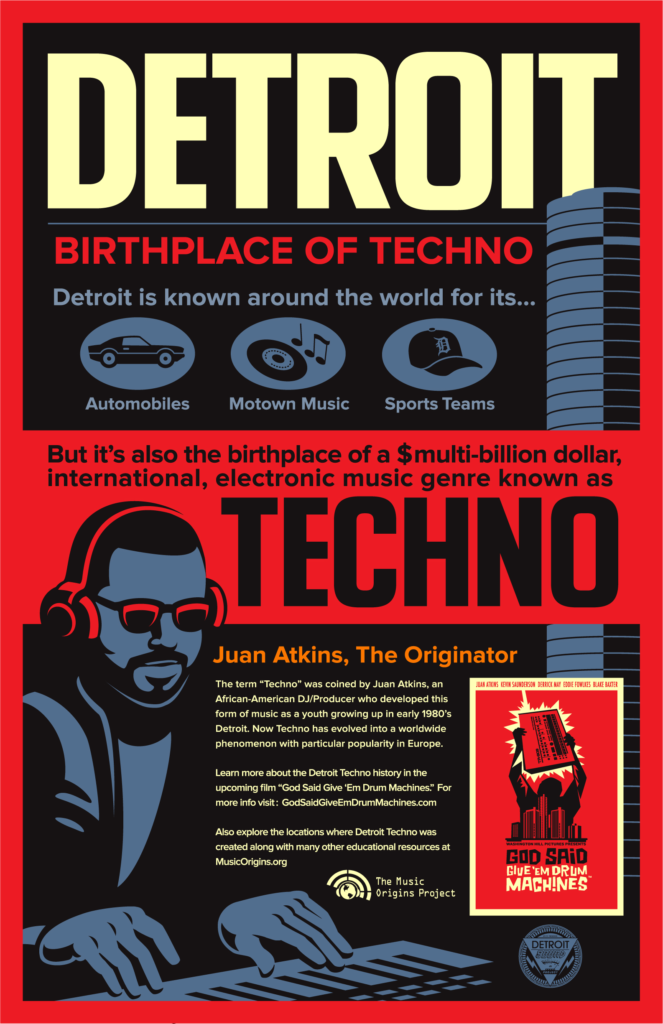