The Rise and Fall of Hip Hop: The Ultimate Parabola 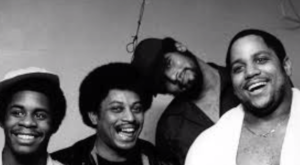 There is one question that has been haunting me for the latter part of the 2010s. What happened to hip hop? Why go from an inspirational, ambitious, and educational genre, which was utilized for decades to fight for human rights and uplift our generation, to the low-quality, mumble style music, which appears to be dumbing us down? Every year seems to be getting progressively worse. Whether it’s people rapping about broccoli or pandas, what’s the real message behind those tracks? Having grown up in the golden era of hip hop, I am lucky to have learned from some of the best artists of our time.

Why are mainstream media promoting only nudity, violence, and negative massages? Why music changed its direction so drastically, and who benefitted from these changes? In 2006, rapper Nasir Jones aka Nas released an album called Hip Hop is Dead. In my opinion, he predicted the course of our beloved hip hop, moving away from quality and focusing on quantity. 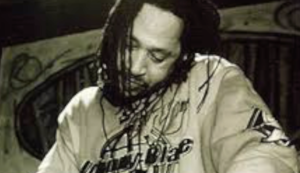 Let’s move back a bit to the late ’80s and early ’90s where hip hop music become revolutionary and an inspiration for the masses. We can attribute the revolution to artists and groups such as KRS One, Run–D.M.C, N.W.A, Public Enemy, Gang Starr, Eric B. & Rakim, A Tribe Called Quest, Wu-Tang Clan, Naughty by Nature, Dr. Dre, Snoop Dogg, 2Pac, Nas, Big L, LL Cool J, Mobb Deep and many, many more. In those years, we had an opportunity to experience a unique cultural shift, which was referred to as mentioned above, the golden age of hip hop.

Music back then, shaped the young generation. It spread the knowledge and awoke the ambitious minds of the youth. The lyrics and the ability to deliver a strong message were very crucial. Artists competed with each other on the highest level, trying to develop a unique style. Musically, sonically and lyrically it was all about creativity and originality. Quoting the late Sway Calloway “The thing that made that era so great is that nothing was contrived. Everything was still being discovered and everything was still innovative and new”. Hip Hop as the voice of the young generation was very complex and had a profound impact on cultural issues and social movements. It was a perfect example of freedom of speech. Artists were able to touch different topics and highlight uncomfortable truths often covered up by the mainstream media. Despite the fighting aspect of the 90’s hip hop, it was spreading love and hope for a better tomorrow. It lifted the spirits of the young society. Unfortunately, those values somehow faded with time.

Do we still care about learning and about the educational aspect of hip hop culture or do we just want to only have fun? Major radio stations are promoting meaningless and catchy songs with minimal lyrical potential. The melody usually is synthetic and very simple. Rappers such as Lil Uzi, Kodak Black, Lil Yachty or Lil Pump openly spoke about their lack of knowledge of hip hop roots and tried to discredit the accomplishments of artists from the golden era of hip hop. Their goal is to imitate each other and their styles, which is a far cry from the originality of the ‘90s. Rappers nowadays want to sound identical, and they created a new wave of mumble rap. It’s very hard to understand the lyrics because mumble rappers hardly pronounce their words. It’s all about melody and catchy phrases like for example “Gucci Gang” by Lil Pump. 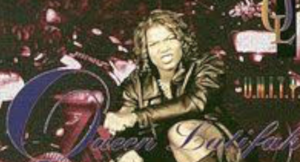 As we discussed, hip hop came a long way and changed its direction many times from the late ’80s till today. Who is responsible for the changes? Us as listeners who humbly listen to the mumble music and huge corporations who try to control the young generation, killing ambition and promoting negative messages. Why are current mainstream rap sales/streams so lucrative and the ambitious music sent back to the underground? To be able to answer this question, we have to dig into mathematics and look at the concept of a simple parabola. From the prime time in the ’90s and early 2000’s music went down to the lowest point in 2018. The good news is, if the parabola concept is true, soon enough substantial hip hop will be on the top again. Thanks to artists such as Kendrick Lamar, J. Cole, Logic, Mike Xavier, Demrick, Nipsey Hussle (spirit of), Jay Rock, Dizzy Wright, YG, Asap Rocky, ScHoolboy Q, Joel Ortiz, Benny the Butcher, Locksmith, Joey Badass and many more there is still hope for the future of hip hop. We also can’t forget about the legends, who until this day are releasing outstanding productions which remind us of the glory days of hip hop. People like Snoop Dogg, Ice Cube, Eminem, Wu-Tang Clan, Ras Kass, Tech N9ne, Pete Rock, Mc Eiht, The Game, Nas, Jay Z, Kxng Crooked, The Dogg Pound, Common, Busta Rhymes, Redman, DMX and Cypress Hill continue to deliver excellent music at the highest quality.

In conclusion, I want to say that the future of hip hop is bright. From the Bronx where it all originated in the ‘70s, hip hop become a worldwide phenomenon. It continues to be the most popular genre in the industry. Sooner or later, the mainstream media will play great hip hop again. The spirit of the creative 90’s era is still vivid in the pop culture. Hip hop will live forever and expand no matter the challenge. Hopefully, the young audience will keep studying the hip hop pioneers and pay respect to the golden age of hip hop. I remain loyal to the ’90s, while looking for the great new artists and lyricists.