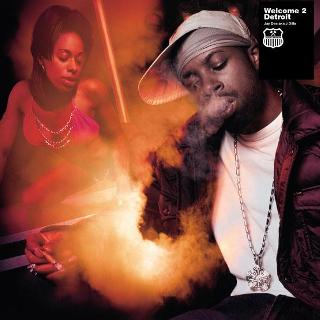 BBE Music just dropped a special 20th Anniversary edition of one of the most important records in the label’s history: J Dilla’s Welcome 2 Detroit, presented in a deluxe 7” vinyl box full of instrumentals, it also offers several new interpretations by Azymuth and Muro, a variety of previously unreleased alternative mixes and studio outtakes pressed over 12 discs, along with a book revealing the album’s hidden story, from its origins in the basement in Conant Gardens told by those who were there. The deluxe 7” vinyl box set and the digital album was released on February 5th 2021 during the annual #DillaMonth celebration, as close to the great man’s birthday on Feb 7th as possible.

To mark the 20th Anniversary of this groundbreaking record, the label BBE Music issued a specially remastered edition of Welcome 2 Detroit, featuring a stunning new remix of ‘Think Twice’ by Japanese DJ/producer Muro and a funky new cover version of ‘Rico Suave Bossa Nova’ by legendary Brazilian electronic jazz-funk pioneers Azymuth, plus a stash of newly discovered alternate versions and work-in-progress recordings from the album sessions, lovingly reproduced from priceless cassette tapes recorded by J Dilla himself. The vinyl set offers a book by British writer and filmmaker John Vanderpuije offers an oral history of the album’s making, as told by Amp Fiddler, Ma Dukes and all of the album’s key musical contributors. This album, as always, reps his love for donuts and for those who don’t know, his fam still has a retail presence in Detroit at their donut shop Dilla’s Delights.

First issued by BBE Music on Monday 26th of February 2001, Welcome 2 Detroit was James Dewitt Yancey aka Jay Dee’s first solo outing and the debut appearance of his new ‘J Dilla’ moniker (Busta Rhymes blessed him with the nickname). The album was a legendary and perfect distillation of Dilla’s Detroit. From Detroit Techno inspired beats providing a Metroplex vibe and then dipping into live jazz-funk and bossa-nova grooves, to tough Slum Village style boom-bap, this record somehow acknowledged the city’s past while firmly representing its present.

The album is now streaming on Spotify (and Apple Music):

What was different about this album was Jay Dee choose to showcase his own voice and the voices of Detroit rap-heroes instead of big stars, Welcome 2 Detroit marked a coming of age for the then 27 year-old producer, who fully embraced the creative-freedom offered by BBE for his first solo project. “Peter (Adarkwah, founder of BBE) let me do whatever I wanted to do. So, I wanted to put people on there who are gonna spit y’know, lyrically and represent Detroit. Because I wouldn’t have been able to pull this album off if it came out under a major. Cos they’re not gonna let you just do a song or you can’t just do an instrumental. You gotta have this feature and you’re Jay Dee, why ain’t you got Erykah Badu? Why ain’t you got so and so on your album? I’d have had to go through all of that, instead of just putting out…y’know, Beej on this joint!” –Jay Dee