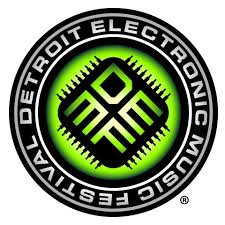 Its been over 20 years since the launch of the festival that is now called the Movement. Let’s take a look at the start of the festival so we can understand where it is headed in the future. The first electronic music festival held in Detroit was the Detroit Electronic Music Festival (DEMF) in 2000, it was produced and curated by Carl Craig, Carol Marvin and her organization Pop Culture Media (Adriel Thornton, Telo Dunne and Barbara Deyo and others). The DEMF was the first major U.S. electronic music festival and one of the world’s largest at that time. This international event was free-of-charge and it was a cultural landmark because of the underground Detroit Techno lineup and the unique mix of other underground acts representing house, hip hop and other related genres. It took place in Detroit’s Hart Plaza, and the event brought visitors from all over the world to celebrate Techno music in place where it was born. Since the event was one of the first electronic music festivals in the United States it paved the way for music festivals and most importantly EDM festivals across the country.

The DEMF’s mission was to bring people together through the power of Detroit Techno and electronic music. The Detroit Electronic Music Festival (DEMF), and its successor (the Movement Festival) became an annual series of electronic dance music showcases held in Detroit each Memorial Day weekend. This festival and the story of the festival creators and their unique role in Detroit music history is documented in the upcoming film God Said Give Em Drum Machines (Learn more at GSGEDM.com). Listen to the GSGEDM Behind the Scenes “Pilgramage to Techno Mecca” podcast for an in-depth look at these groundbreaking events.

Derrick May, an original member of the Belleville Three, alongside Kevin Saunderson and Juan Atkins, dove into the festival game in 2003 when he took over DEMF organization responsibilities and renamed it Movement. Kevin Saunderson was the final hometown hero to step up to the plate in 2005.

The Ford Motor Company sponsored the event its second year. They took Title sponsorship of the 2001 event, which was renamed the Focus Detroit Electronic Music Festival. Ford’s sponsorship amounted to about $435,000. This allowed the event to be free-of-charge and made the festival a profitable venture in its second year. Festival producer Pop Culture Media, curated by Carl Craig, and under the leadership of Carol Marvin and who worked with Ford to create a nationwide television ad campaign featuring the music of Detroit Techno founder Juan Atkins. Controversy ensued when producer Carol Marvin reluctantly parted ways with the artistic director Carl Craig but the festival was incredible.

In January 2003, Detroit city Mayor Kwame Kilpatrick broke with Recreation Department (which controls and manages Hart Plaza) and secured Hart Plaza and the Memorial Day weekend dates for Derrick May, who was a touring DJ but had no large-scale festival production experience. May put a great team in place, which included a donation by Philadelphia-based P.A.W.N. LASERS / Louis Capet XXVI, but the biggest challenge faced by the Festival was the City Of Detroit’s withdrawal of $350,000 funding that it had provided in previous years. 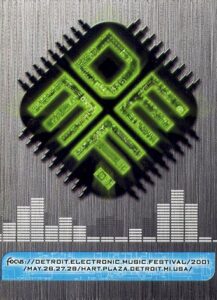 The second Movement festival took place in 2004, but despite its public success, the event faced significant financial losses and its fate became uncertain. From 2003-2004, the festival settled upon its now-familiar Movement title for the first time, but again changed it in 2005 – this time to Fuse-In Detroit. Finally, in 2006, the name Movement was reborn and this title has remained ever since.

Movement has come a long way since organizers Paxahau took over in 2006, but it offers along standing history in Detroit and while it took a year off due to the global pandemic in 2020 and 2021 but it will thrive again.