Hailing from Jakarta, Indonesia, 88rising signee and up-and-coming singer-songwriter Stephanie Poetri and her breezy, self-assured acoustic-driven Pop music may just be exactly what the doctor ordered. Inspired by the creative leanings of her kinfolk, Stephanie started studying her craft at a young age, and at 20, she’s now fully living and realizing those childhood dreams. 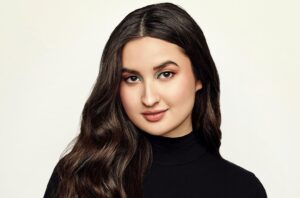 After getting her big breakthrough a viral hit by the name of “I Love You 3000” (an ode and idea triggered by suggestions and comments her loyal fans gave one fateful night on social media) in 2019, Stephanie spent 2020 expanding her musical horizons. Said hit and its remix (headed by none other than Kpop sensation Got7’s leading man Jackson Wang) saw its stream tally pass a whopping 90 million-plus, performing at 88rising’s popular Double Happiness concert series and dropping her poignant new single “Selfish” on December 1st.

Rhythmic, hypnotic and introspective, “Selfish” smartly harkens back to the snappy adult contemporary wave of the early to mid-2000s but ultimately keeps it light and modern, studding the lyrics with Instagramable quotes and captions. Sure to be a future crowd-pleaser, we here at the Music Origins Project can’t wait to see what Stephanie offers the entertainment world and listeners next. Check out the video for “Selfish” and follow Stephanie’s journey to the top through her official pages below: