The hit from 2017, took the world by storm and represented a pinnacle attained by a relatively new genre.  The song that topped all the charts around the world. And, to everyone’s surprise, it wasn’t an English composition, but a Latin one! The first and the only one Spanish-language track in the history of Latin music which had become such a huge success all over the world.

Basically, this very song started the total popularisation of reggaeton. Although, it became popular in the United States and Europe already in 2004. Today everyone knows J Balvin, the first Latin artist who could conquer American audience. This year he has become the first Latin headliner at all key music festivals in the United States. Daddy Yankee, Karol G, Nicky Jam, Ozuna, Don Omar, Becky G, CNCO, Maluma…. The list is pretty huge. But not everyone knows how this genre was created.

So, below you can get familiar with some history of this amazing music movement which is becoming more and more popular in the whole world. 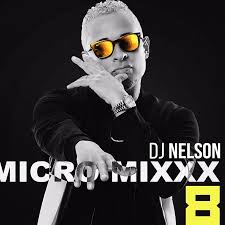 In 1995, while working on his solo release, DJ Nelson, Puerto Rican DJ and record producer, accidentally came up with the term “reggaeton”. That mixtape was initially named Reggae Maratón, Vol. 1 and had all the characteristics we define as modern reggaeton: 808 drum beats, tropical-flavored timbales, rap-styled, and a thumping dance sensibility. The word appeared while he was talking to one of his colleagues about “Reggae Maratón”. DJ Nelson suddenly, with no intention, united two words saying “Reggaeton!”. And in the end his mixtape got the name Reggaeton Live, Vol. 1.

Here’s how the genre got its name. The genre itself is traced back to the time when the Panama canal was being built and Jamaican labor was used. DJ Nelson himself told that in the 60s-70s Jamaicans brought reggae music with them. Later Jamaicans and Panamanians started to mix their cultures and sing reggae in Spanish. So, in the 80s a new genre – reggae en español – was born. El General and Nando Boom became the first artists of this genre and time.

Reggaeton is mostly created in Colombia and was popularized in Puerto Rico. The signature beat of reggaeton is called dembow which originated from Jamaicans. Shabba Ranks became the artist who made this beat popular. In 1990, he even released the song called ‘Dem Bow’.

“…the drum loop most commonly circulating as “Dembow” on Best Reggaeton Beats CDs or as a minimally metadata’d MP3 is not the same one that underpins Shabba’s seminal single. Instead, it stems from the instrumental of another version of “Dem Bow,” a re-lick of the riddim for a Spanish version, “Ellos Benia,” by Panamanian reggae en español pioneer Nando Boom. Produced neither in Panama City nor Colón (Puerto Rico), hot spots of the isthmus nation’s reggae scene, but out on Long Island, New York, the recording resulted from a charmed collaboration between Panamanian and Jamaican reggae musicians and producers. Their efforts to translate and cross-market dancehall hits to New York’s sizeable Spanish-speaking community laid the foundation for an entire genre, especially once Puerto Rican producers got their hands on this particular instrumental.” Waxpoetic

“…Although disputes still arise around the importance of one site over another, reggaeton’s pioneers and devotees generally acknowledge the importance of Jamaican music in Panama and how Puerto Ricans were inspired by, as they departed from, Panamanians’ relatively faithful interpretations of dancehall anthems. Running dancehall riddims through hip-hop’s sample-based blender, Puerto Rican producers like Playero, DJ Negro, and DJ Nelson reimagined reggae en español as a gritty and thickly referential style. Their sample-heavy productions directly indexed the music of Jamaica and Nueva York, overlaying dozens of samples from the same records filling DJs’ crates in San Juan and NYC. In the process of hip-hop-ifying dancehall, they Caribbeanized hip-hop for a new generation of Spanish-speaking rappers.

So distinctive was this bricolage that it needed a new name, and while a great many terms cropped up—undergound, melaza, música negra, dembow—reggaeton stuck as the best way to mark, and market, Puerto Rico’s transformative take on dancehall and hip-hop.” Waxpoetic

Nowadays, the reggaeton beat can be heard in almost all kinds of songs. Even Ed Sheeran’s track “Shape Of You” has been influenced by this genre.

Pina Records (IG @pinarecords1) is a Puerto Rican record label founded by Rafael Antonio Pina Nieves in 1996.  This is the most successful record label in the reggaeton industry nowadays. Among the artist who were and are signed to this label are Daddy Yankee, Nicky Jam, Natti Natasha, Arcangel, Zion & Lennox, Don Omar, Plan B and others.

Icon Music (IG @iconmusic) is a Colombian record label, the roster of which includes such artists as Feid, CNCO, Thalia, Pedro Capo. Reykon.

A beginner’s guide to the history and hybridity of reggaeton

Digital Rhythm: The loopy origins of dembow and the knotty dancehall roots of reggaeton

View all posts by Elena Takmakova →