Brazil is well-known for its expressive and diverse culture. The large country makes it possible for each region to have your own strong culture that was built over the years of miscegenation of different ethnic groups that resulted in the Brazilian population. Rio de Janeiro city is not only famous for the amazing beaches, the paradise view, Christ the Redeemer (one of the Seven Wonders of the World and also a World Heritage), and Carnival, it is where Funk Carioca was born as well, in the 80’s.

Even though the genre is one hundred percent Brazilian, the background and its influence had came from the upper part of the American continent, the United State to be exactly, where the idea of Funk music is totally different from what we know under that same name in Brazil.
Funk Carioca’s history started back in late 1970 when there were happening parties in the suburb of Rio de Janeiro and DJs would play American music such as Funk, R&B and Soul. Those rhythms would make everyone at the party dance creating choreographies and have fun. At the beginning of the 80’s, the genre Miami Bass was imported from Miami to Rio de Janeiro by a young man called Fernando Luiz that later went under the artistic name DJ Marlboro. The DJ started playing the 127 and 132 bpm Miami Bass at the parties and it blew up. 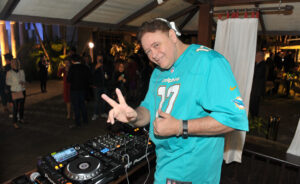 For years, DJ Marlboro only played foreign music, but when Miami Bass arrived in Rio it influenced him to reinvent the genre by playing his own songwriting and adding to the rhythms of the electronic drum machines. Later in the decade, Marlboro, the pioneer of the genre, released the first-ever LP of Funk Carioca, called Funk Brasil, in 1989. After the release, what is known today as Funk Carioca – in which “Carioca”, what people born in Rio de Janeiro call it, is officially born. 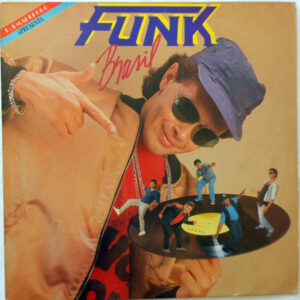 In the middle of the 90’s, the Baile Funk – as it’s called the parties – took over the suburb of Rio and in a few of them would have small fights and become violent, drawing attention from the press. Because of that, the Department of Public Safety from Rio closed the Bailes. However, instead of ending forever, the Bailes migrated to the Favelas and became known as Baile de Favela.

Most of the people born and raised at the Favelas are black and also poor. The lack of opportunity surrounding those, sometimes makes them get involved with crime and wrong stuff in general. Because of that background, when Baile Funk went to the favelas a lot of the people started singing the genre with a songwriting exposing their reality: hard living, racial prejudice and happiness; as well as getting involved with music to escape from the crime life. For example, the song Rap da Felicidade (Happiness’ Rap, in English), by Cidinho & Doca, and DJ Marlboro.

“I just want to be happy / Walk peacefully in the favela where I was born / And to be proud and be aware that the poor have their place / Faith in God … DJ. / My dear authority, I don’t know what to do anymore / With so much violence I feel afraid to live / Because I live in the favela and I’m very disrespected / Sadness and happiness here go hand in hand / I say a prayer for a protecting saint / But I am interrupted by machine gun fire / While the rich live in a big, beautiful house / The poor are humiliated, carved up in the favela / I can’t take this wave of violence anymore / I only ask to the authority a little more competence / Have fun these days we can’t even think about / Because up at the ball they come to humiliate us / Staying there in the square, it was all so normal / Now violence in the place has become fashionable / Innocent people, who have nothing to do / Today they are losing their right to live / I’ve never seen a postcard that highlights a favela / I only see a very beautiful and very beautiful landscape / Those who go outside the favela miss it / The foreigner comes here and doesn’t know the reality / Go to the South Zone to get to know coconut water / And the poor in the favela, suffocating / They exchanged the presidency, a new hope / I suffered in the storm, now I want the calm / The people have the strength, they just need to find out / If they do nothing there, we will do everything from here.” DJ Marlboro

Rio de Janeiro had its own dance sound, therefore when Funk hits the Favelas, it was added to the genre their own flavour and the Brazilian groove. The singers and – the artists who play Funk – the funkeiros would use before their name or artistic name the abbreviation “MC”. The MCs would play shows at the Bailes and the songs would be played in the Community Radio. At some point, the funkeiros began singing dirty about sexual stuff, what’s known as “proibidão” (not allowed by underage people). 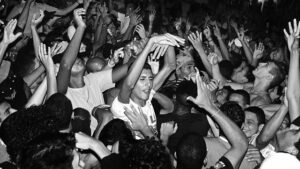 Later in the 90’s and beginning of the year 2000, Funk Carioca takes over the whole city by being consumed by middle class’ young people and being played at other parties. It is also when becomes trendy to have a Bonde (a small group of funkeiros), such as Bonde do Tigrão. So far, Cidinho & Doca, MC Marcinho, Tati Quebra-Barraco, Bonde do Tigrão, Bola de Fogo, MC Serginho, Claudinho e Buchecha, Perlla, Mr Catra, Mc Buiú, MC Naldinho BP, MC Leozinho, Mc Biruleibe, Gaiola das Popozudas and MC Sapão were a few of the top funkeiros and almost everyone worked with DJ Marlboro. There was Furacão 2000 as well, a well-known producer company.

As was pointed out previously, Funk Carioca is mostly about the reality of the people from the Favela and about survival, therefore it was marginalized since the beginning – and it is still today. While other Brazilian genres such as Bossa Nova, Samba, and Forró was loved by everyone, Funk has always faced barriers; While Bossa Nova, Samba and Forró were handled by the Culture Department, Funk was handled by the Security Department and those people have always suffered abuse from the police. Unfortunately, Brazil has lost a few funkeiros to the violence.
One of the most famous and important Funk songs is Rap do Silva (Silva is a popular surname in Brazil), by Bob Rum. It was released in 1995 and it was inspired by the fights that would happen at the Bailes back then. Even though the story told through the song is fiction, it shows a lot of reality. In 2016, Rap do Silva was sung by Alcione – one of the most notorious and important singers of Samba – at Criança Esperança (a program and project by Globo TV to raise money for children). The singer did an emotional performance side by side of mothers that lost sons to the violence.

“It was just another Silva that the star doesn’t shine anymore / He was a funkeiro, but he was a family man / But in that sad corner, a guy showed up / His face was tied, his hand was pitch black / He carried an iron in one of his hands / He pulled the trigger without giving any explanation / And our poor friend, who went to the dance to enjoy / Today with his family, he will not sleep!” – Rap do Silva song

30 years later…Funk has been played on the radio and on TV. It has hitten the mainstream and has been commercialized all around Brazil and even outside the country. More names were made by the genre, such as Anitta (who is not the first woman to make Funk, as she says in interviews abroad), MC Kevinho, Kevin Oh Chris, Ludmilla, DJ Rennan da Penha and more. It was also reinvented again. This time, the artist that was responsible was DJ Polyvox who was inspired by the noise of a soda bottle to create the 150 bpm Funk, or the “Crazy Rhythm”, as they say).

When people from the Favelas of São Paulo city started to sing Funk, the main topic was the luxury and from that was born Funk Ostentação (Ostentation Funk, in English). Funk from São Paulo is criticized for not being used to make a social critic as it was with Funk Carioca. Besides that, in São Paulo, Funk has turned into a millionaire industry by the manager and production company KondZilla, the main YouTube Channel in Latin America and the second most followed YouTube Channel about music in the world.

But some things never changed. Funk is still facing barriers nowadays. In 2017, a bill was created to criminalize Funk, but after protests, it was declined. In 30 years, people have been killed and hurt by police repression. In December of 2019, 9 innocent people were killed at the Favela of Paraisópolis, the second biggest one in São Paulo, while they were having fun at the Funk party “Fluxo 17” and happened a police chase/repression followed by gunshots; 22 people were hurt. Yet in 2019, DJ Rennan da Penha was arrested without evidence for “being the drug trafficking eyes”, said the police – it was another attempt from de police to criminalize Funk and the Bailes.

Funk is a culture. It has helped a lot of people along the way. It has paid bills of families. It gives hope to the ones marginalized by the State. It is art, expression, representation, and survival. It is not a crime.